The establishment of the Downtown Zanesville Revitalization District builds upon the City of Zanesville’s strategies over recent years to promote development and investment in downtown Zanesville, including the adoption of an Arts Overlay District, creation of a Downtown Redevelopment District (DRD) and a Tax Increment Financing (TIF) district, and securing grant funding to create the "Visit Zanesville-Muskingum County" mobile application in partnership with the Zanesville-Muskingum County Chamber of Commerce.

What Is a Revitalization District?

How to Apply for a D-5l Permit 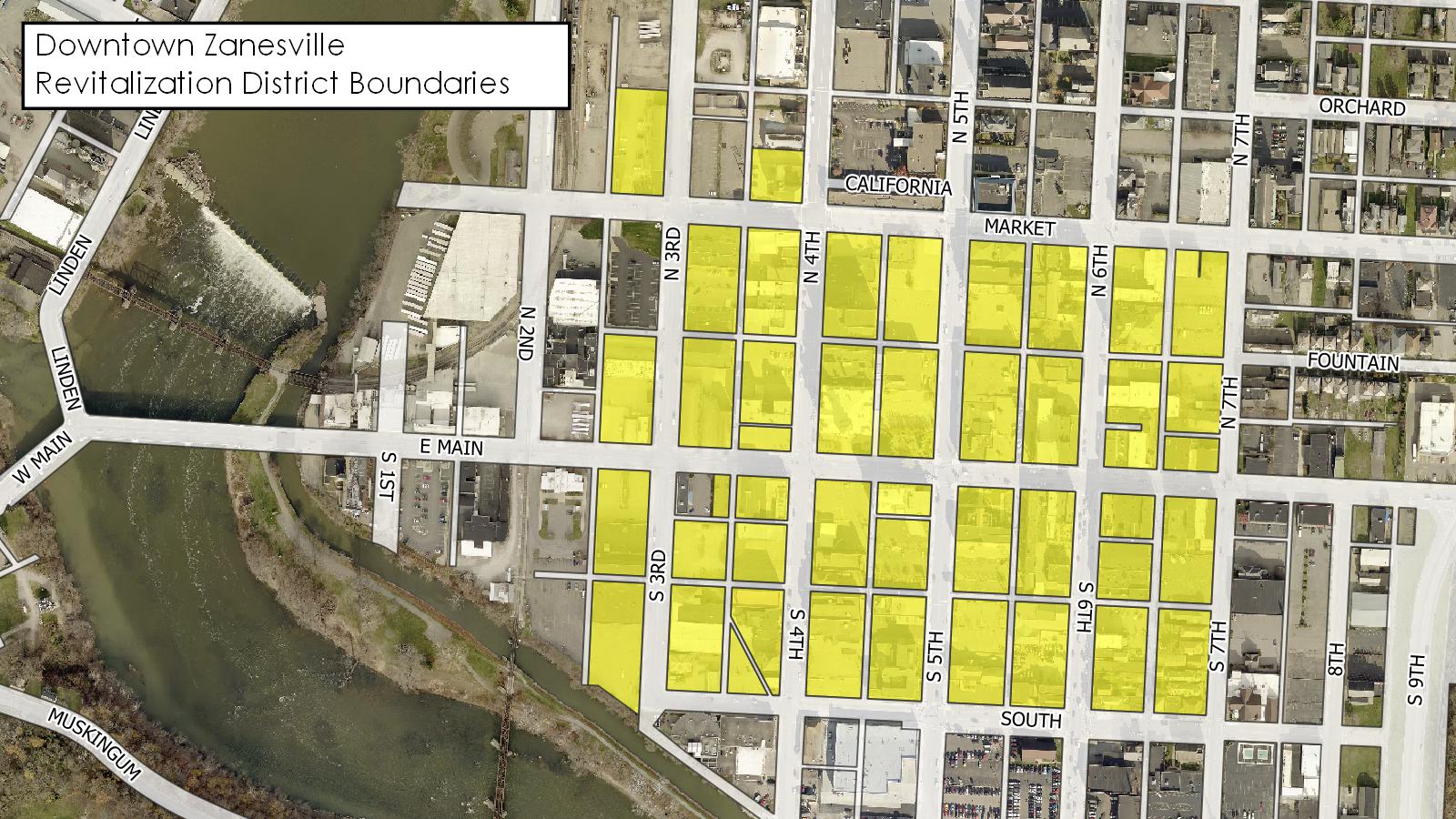